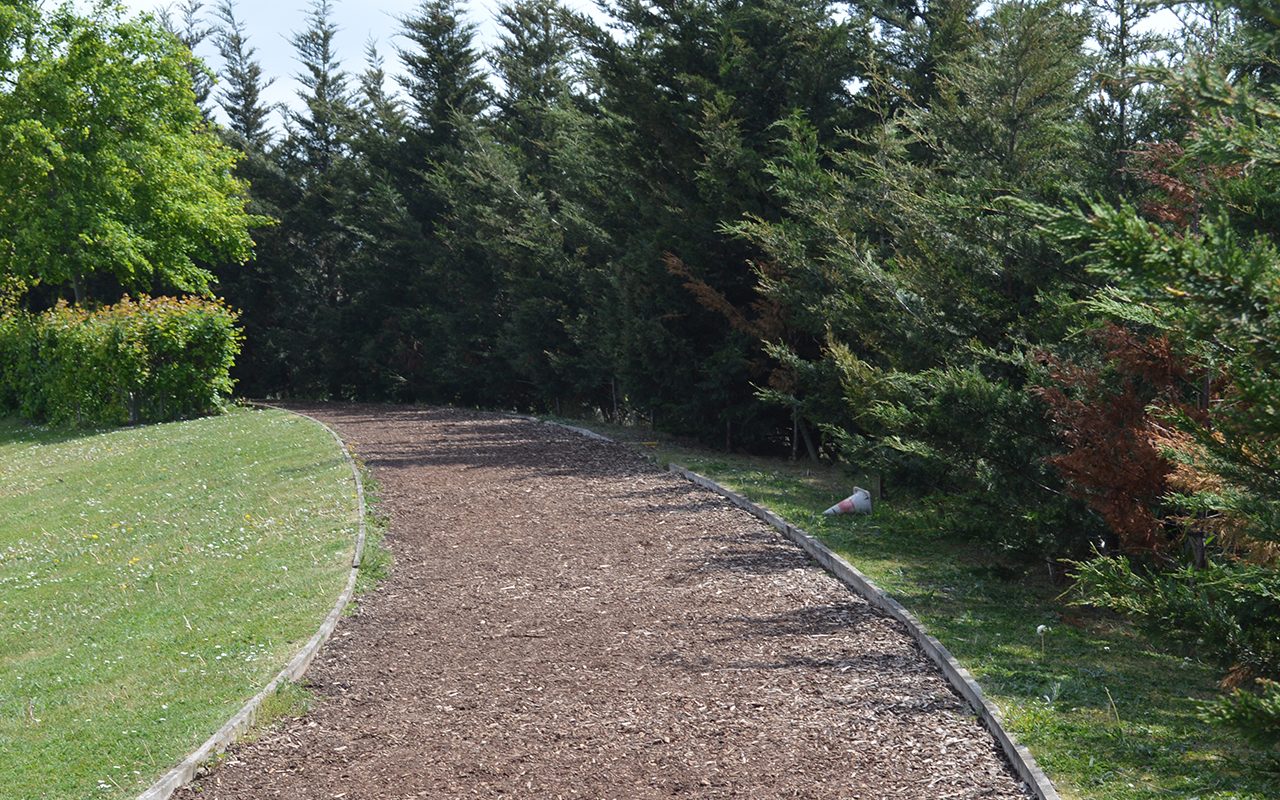 I thought I would post an English translation of my story which was published on the blog Baking Babies a few weeks ago. The original text was in Swedish (and can be found here) and I have had several requests for a translation.

So what was this all about? I was asked to write a constructive text about how I dealt with a very tough time following childbirth, but how I managed to get through it. This was part of a theme where not just me but also a few other readers of that blog shared our stories in order to help and encourage other women that might go through a rough time. I do hope this can inspire also some of you, my own blog readers!

‘The labour and birth did not turn out at all as I had planned. And after that nothing was the same anymore. This is the story about how much the complications I got when I gave birth to my son have affected my life and still do.

I was in so much pain. The injury I had sustained in my coccyx (tailbone) from snowboarding more than a decade earlier got extremely aggravated when I gave birth. I could’t sit without horrendous pains, or even walk. And I felt like a failed mother. How was I supposed to get through this? I live in London since twelve years and gave birth here in 2015. I had a pretty much problem free pregnancy, but instead a long and dragged out labour with various complications. After 59 exhausting hours of contractions my son finally came out with forceps, and in connection with the final stage I sustained a major haemorrhage and needed blood transfusion. The blood loss combined with that I didn’t have any sensation in my lower body from the epidural meant that I remained lying flat on my back for much longer than what was ideal for my coccyx. I had already before labour had some concerns about how my tailbone was going to cope with this task, and soon enough I was going to find out that it hadn’t very well. The pain was almost unbearable.

The initial period after the birth was very tough. I struggled with lots of thoughts and emotions, probably more than anyone around me ever realised. I felt like a bad mother because I was so limited physically and I couldn’t do many normal everyday things – like sit or walk. So I was lying down most of the time, and this was the only chance also for breastfeeding. We lived on the top floor with no lift, and a venture out from home was a major project. Because of the pain I felt too unstable to lift my little baby down all the steps. And what would I do when I had to breastfeed? The sight of a chair could make me panic. In the beginning I never left home without my very special sitting cushion which relieves some pressure on the tailbone. I still use it today when I sit for longer periods. I also learnt how to breastfeed my son in a standing position in a baby sling so I wouldn’t have to sit down to feed him when we were out. But it was really only when it was necessary to leave home in the beginning that we would, most of the time we simply didn’t.

The physical problems also affected me psychologically and I couldn’t help but feeling like a failure. A failure because I hadn’t gone through the labour and birth like the super woman I had hoped I would be. And I hadn’t bounced back to pre-pregnancy me immediately like so many other women seemed to be doing. I felt like a failure because I couldn’t feed my baby like a normal mother seated in an armchair, or even cuddle on the sofa with my son on my chest. You know, like you do. If I would just do these things anyway it only resulted in that my injury felt worse and I could anyway not enjoy it. The pain was just too intense. I was also stressed about the fact that I couldn’t enjoy the days together with my newborn to 100% because time seemed to just fly by and my baby kept growing.

But I found help! Already from a very early stage I started seeing a Women’s Health Physiotherapist. My encounters with her were everything else but comfortable as many techniques performed were vaginal or anal. But thanks to what we did slowly things started to improve. I received exercises to do at home and lots of advice on how to ease my daily activities. It took time but finally I got over that initial and worse phase. The coccyx did not heal – and will probably never do – but the pain eventually became manageable and life could start for real again. I started to sit more, walk more, walk even more, and eventually also progressively start training again.

That’s when I realised how much my newfound prolapse also was going to affect my life. It was so hard to accept that. I have been a runner since as long as I can remember and both trained and competed up until I became pregnant. The running was something that had always identified me. When I was running I was home. To run was ME. What would now happen with my running? I had imagined I would regularly be out for runs with the buggy. And I had thought I would shortly after birth be setting new goals for my continued training. Nothing became like I had planned, it was like starting from scratch again. My running world fell apart.

And on top of that, how should I be thinking with regards to any future children? The thought of another pregnancy and what further damage it could do on both the coccyx and the prolapse was indeed quite complicated. Would I ever be able to run again? At the same time there is a mother inside of me who was born in the same moment as I met my son for the first time. That mother doesn’t care about if I never will be able to run again. The mother inside of me doesn’t want anything else but focus on family and hopefully be able to give a sibling or more to my son. There is that constant battle between the Runner and the Mother inside of me that I am fighting. They are two different people but each with very strong willpower and lots of feelings and emotions. And when I dream away thinking about my ‘pre-baby-body’ and have hopeful imaginations about the running in the future I straight away feel guilty for even thinking that thought. It’s so selfish.

But I have now come to a point where I have accepted that I have to find a balance between the two to fully enjoy life. They have to compromise with each other, this is where life has taken me. And at present the mother is the stronger one: my son is 2.5 years old and I am actually pregnant with our second child! I don’t know what it will mean for my body physically to go through another pregnancy and birth but I believe I will be more prepared this time. Prepared in the sense that I won’t have such high expectations on the recovery afterwards. I will need to give my body the time it requires to heal. Maybe this will affect my possibilities to run in the future even more? But maybe not. This is where I am now and it looks like I will be able to give a brother or sister to my son, and I feel an enormous happiness for that!

A big help for me to move on physically was that I had the possibility to early on meet a Women’s Health Physiotherapist and that I really listened to her advice. And then it has been even more important to let my body take the time it has needed to heal and to progressively get used to training again. It was walks lasting for five minutes that became 10min, 15min etc combined with pelvic floor training, core stability and pilates and I felt stronger and stronger. First 6 months postpartum I dared to try jogging again. It was 30 horrible seconds – I thought everything down there was going to fall out from me! But 30 seconds eventually became 60, 90…. and 16 months after giving birth I had finally reached a distance of jogging 5 kilometers, without anymore worsening my prolapse symptoms. It was a win, but on a level very far away from how I had imagined things would be. But I am confident that it was thanks to the fact that I moved things along so carefully and always listened to my body and the signals it gave me, that I finally managed to start running a little again. Another important help was that I was fitted with a pessary – without this it would have been much harder to run at all. It lifts up the prolapse and decreases the uncomfortable symptoms.

Psychologically it has been important to accept the fact that my body has changed, and that still a couple of years postpartum in fact still is a body in recovery. I cannot expect that it can be like it used to, maybe ever. I take care of my body in the best possible way considering my current position, and like that I prepare it as much as I can for the future. A future with or without running only time will tell.

I think it is extremely important not to be ashamed of your birth- or pregnancy related problems. Even if you don’t think there is help available for your kind of problem, most probably there is and you are definitely not alone. We often see all the positive examples of mothers with perfect labours and women who recover immediately, but most probably we often don’t get presented the whole truth. Many choose not to talk about it and as a result we don’t realise how common it is to have problems after childbirth. A blog like bakingbabies.se is therefore worth gold both thanks to its fantastic information and to simply get an understanding of that we are not alone in this.’

This site uses Akismet to reduce spam. Learn how your comment data is processed.